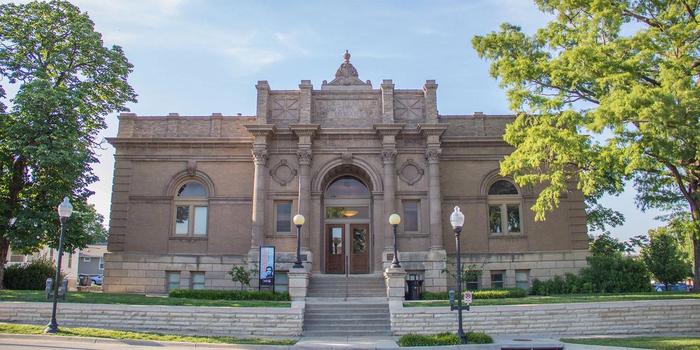 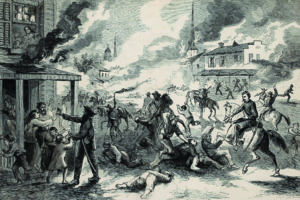 Freedom’s Frontier National Heritage area is a not-for-profit organization that brings together regional historic sites and museums that tell the story of the settlement of the frontier, the border and Civil War on the western frontier, and the enduring struggle for freedom by the early pioneers and settlers, including African Americans.

Lawrence’s historic Carnegie Library Building, which opened in 1904, houses the offices for the staff of the Freedom’s Frontier staff. In the Carnegie’s upstairs display rooms, visitors learn about the critical points of the Kansas/Nebraska Act and how it set the country toward Civil War. The Civil War on the frontier was different-longer, more personal and multi-dimensional. In 1854, the desires of the nation clashed in Kansas and the resulting firestorm set the tone for guerillas, Jayhawkers, Bushwackers and regulars to carry the fight to homes and towns in Missouri and Kansas past the war’s official end, all of which had significant impact and implications for African Americans.

The Carnegie Building served as the City Library for Lawrence at the turn of the 20th Century and Langston Hughes went to the library regularly as one of the few unsegregated public facilities in Lawrence. Mr. Hughes began his life-long love of poetry, literature and writing because of his experiences and opportunities on the first floor of the Carnegie Library Building.